Yes, that is the name of a Bible study, but totally how I feel at this present moment in my life.  We are in the heat of things with basketball, the girls have done great this year.  We are fighting for 3rd place, a playoff spot.  Three years of perseverance has paid off...hopefully....if Union Grove will stop beating people they aren't supposed to:)  Leaving Bowie was tough, really tough, but now its coming full circle again.  These girls have gone from 3 and 22 seasons to fighting for a playoff spot!  amazing!  So frazzled a little right now about bball, victoriously though!  i know that God has it in his hands, he knows the outcome already!

Frazzled - we had meetings last week with our principals and basically, we have no money and more than likely they are going to have to let people go and make cuts in departments (i'm sure athletics will be the first one) we have so much at our school that needs fixing, updating, tearing down and building new.  No money kind of hurts all of those needs.  I have suggested a 4 day school week and was asked to put together some info for the administrators on that.  So research on my part, phone calls and putting together a power point of some sort.  sometimes i think its a curse to let people know that you have a functioning brain...they always ask you to do things :)

Frazzled - my oldest turned 10 yesterday....10 people!!! Am i old enough to have  a child that is in the double digits????  Totally kidding, but it is un-nerving to know that in less than 8 years, he will be heading off to college, making decisions that feel like they weren't that long ago for me!  He is an amazing kiddo with a huge heart!

Both the boys are playing little dribblers and PARD bball right now, it is totally fun!  We are good spectator parents, we totally get out of coach mode and just let them play (at the games anyway; there is of course some coaching that goes on at home!)  Rielyn has said she wants to play softball....i say softball bc when i told her it would actually be tball, she said, i don't want them to put it on the stick, i want someone to throw it to me!  and she was serious!  this should be interesting!

Lots of sickness going around, i stayed home last wednesday with a headache, sore throat and swollen eyes!  keep us in your prayers that we don't get sick (flu, stomach bug, phenomonia, etc)

COLGAT group is going amazingly well!  Even if it changes just one girls life, it is totally worth it....still uncomfotable for me bc it requires me to OPEN up to people and put myself out there; getting better but awkward at times....totally God's working not mine! He opened this door and its amazing!

Hope things are going well, will try to update more often once bball is over....which i hope is a long ways off....playoffs baby, playoffs! love to you all!
Posted by The Schubey Shack at 4:10 AM 2 comments: 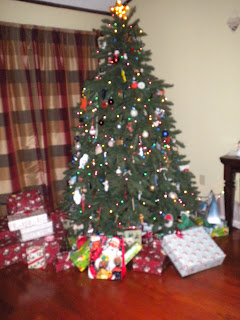 Our tree this year 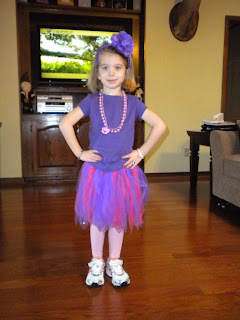 Thanks to Aunt Meredith & Uncle Keith for the tutu, she LOVES these things - sometimes i don't know where she came from!:) 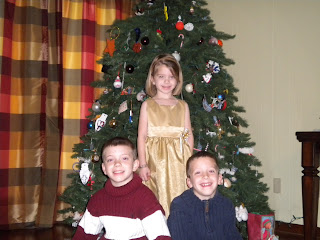 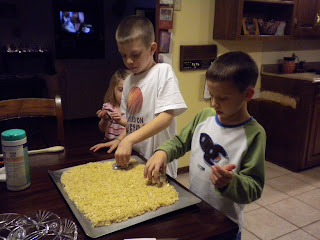 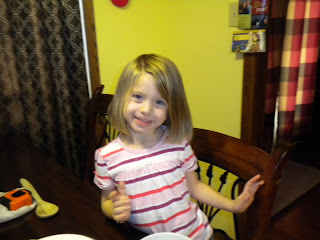 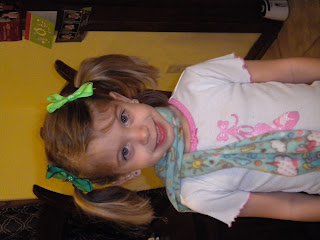 she did her own hair & was SO proud 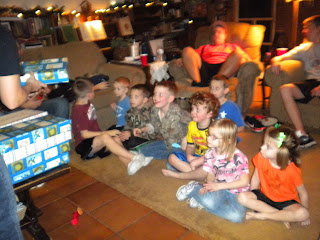 at my mom and dads waiting for their gifts 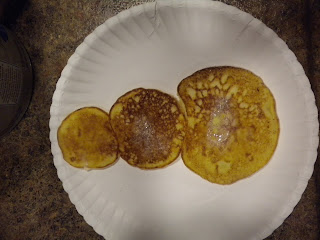 a snowman shaped pancake we made when Peyton spent the night 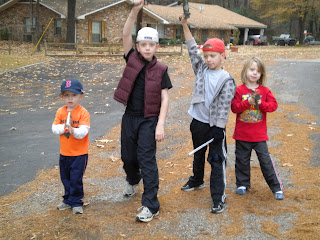 off to do a little marsh mellow blasting!
We had a great break.  We got so much work done at our house.  I am so blessed to have a husband who knows how to do handy work and a Pappy who is willing to help when needed.  In the first week we were off we, installed a new water heater (one of the new ones that runs the water through coils and only heats up when needed), we ran gas lines for a heater on our side of the house, David and Pappy trimmed out our bathroom tile job that David had completed this past summer, we put down wood floor in our dining room and we helped Pappy & Lala clear brush behind their house.  We had Christmas with my family on the 21st and it was loaded with kids.  It was a good time.  Peyton came to spend the night with us (Sarah's oldest) and he LOVED wearing Rielyn's dress up stuff.  He came up stairs saying "look aunt Casey, I look like Rielyn"  his mom and dad DID NOT think it was funny.  My parents bought all the grand kids marsh mellow blaster guns!  They have enjoyed them!  They only had to be reminded a few times to NOT eat the ones off the ground.  We had a great Christmas morning.  We were by ourselves and though it sounds sad, it was kind of nice.  We got to focus on our kiddos and see their reaction to each gift they received.  They are truly loved by their aunts & uncles & grandparents & cousins!  We had a bball tournament on the 27-29 and we had Christmas with the Schubert's on the 27th, and then when we had finished opening gifts went to see Tangled for Kaylee's birthday (Stephanie's #2 kid).  In the meantime, Meredith and Keith have a new baby girl - Landry Grace and she looks very sweet and cute...can't wait to meet her!  We have had a few bball games and are back in school.  The kids still say they don't need to go, they know everything already! :)  Go figure!  We are all well, healthy and doing great!  Hope your new year is a blessed one.
Posted by The Schubey Shack at 11:59 AM 1 comment: